Who’s Who Behind the Scenes

Who’s Who Behind the Scenes 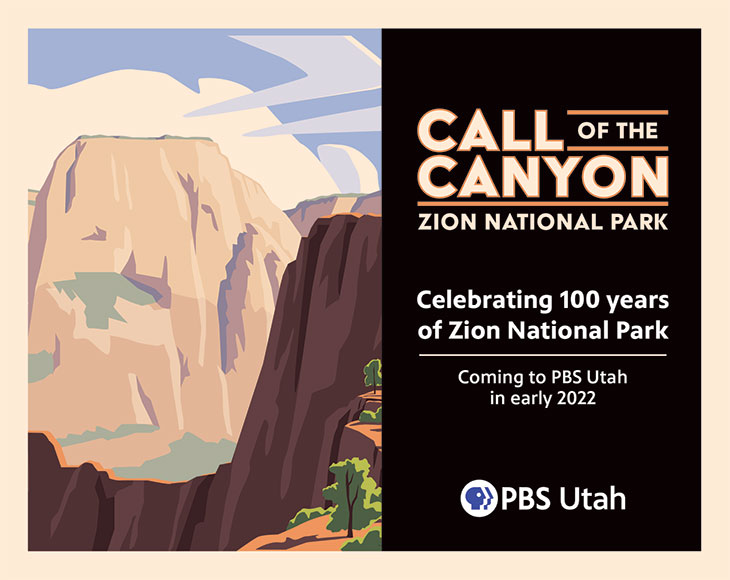 SCOTT ANDERSON (Producing Artistic Director) joined Tuacahn in 2004 and enjoys creatively shaping and artistically leading this dynamic arts institution. He has worked for more than forty years in theatre, film, radio and television. He has been involved in over 100 productions as an actor, director or producer but considers his seventeen years at Tuacahn to be one of his most satisfying challenges. Scott’s more recent directing credits include: The Count of Monte Cristo, The Prince of Egypt, Shrek the Musical, Disney’s When You Wish, The Little Mermaid, Mary Poppins, Aladdin, Tarzan, Annie, 25th Annual Putnam County Spelling Bee, Les Misérables and Peter Pan. Both Aladdin and The Prince of Egypt were produced at Tuacahn pre-Broadway and pre-West End. Disney’s When You Wish had its world premiere here at Tuacahn in 2015. He also wrote and directed the acclaimed motion picture The Best Two Years and more recently The Jerk Theory. He continues to work as a writer and director and is always working on new film projects. Scott attended Dixie State University and the University of Utah, where he studied Theater and Film. He is the proud father of three children and twelve grandchildren. Scott hopes to shepherd more outstanding entertainment to this unique venue in the years to come.

MARA NEWBERY GREER (Director/Choreographer) is honored to return to Tuacahn after previously directing and choreographing Annie and Matilda The Musical and choreographing The Sound Of Music and Shrek The Musical. Recently, she has directed and/or choreographed shows at Paper Mill Playhouse, Music Theatre Wichita, Broadway at Music Circus, Lexington Theatre Company, Pittsburgh CLO, The Cape Rep, Palm Beach Opera, The Fulton Theatre, Fairmont State University, Front Porch Theatricals, Chautauqua Opera, Seattle 5th Ave, The Engeman Theatre, and North Shore Music Theatre. Mara received her BFA in musical theatre from the University of Michigan. As a performer, Mara worked on Broadway, National Tours, London’s West End, and regional theaters across the country. However, her favorite “major award”, is being a wife to Michael and mom to Maple.

PAUL BLACK (Set, Lighting & Projection Designer) is excited to be back at Tuacahn where he previously designed School of Rock and Elf The Musical. Paul has been designing for over 30 years. Companies include: The Walnut Street Theatre in Philadelphia, Maine State Music Theater, Carousel Dinner Theater in Akron, Maltz Jupiter Theatre and Palm Beach Drama Works in Florida, Actors Theatre of Phoenix, Arizona Theatre Company, Arizona Jewish Theatre Company, Arizona Broadway Theatre and the Phoenix Opera Co, Music Theater West in LA. Paul spent 14 summer seasons with Music Theatre of Wichita as both a designer and Production Manager. Paul has lectured as a guest artist at Arizona State University, University of Arizona, Cornell College and Viterbo University. Currently Paul lives in Lancaster PA where he is the Resident designer for the Fulton.

ANDREA YOHE (Music Director) is a Music Director and pianist originally from Nashville, TN who recently relocated to NYC! She spent the last several years music directing and accompanying for the Middle TN State University Theatre Department as well as in the greater Nashville area. Some of her recent shows include Ride the Cyclone, Godspell, and Kiss Me Kate (MTSU). She is thrilled to be working at Tuacahn for the first time!

ALEXA HAMBLIN (Properties Master/ Scenic Charge) is proud to have grown up at Tuacahn Amphitheater. She’s spent a lifetime working with and learning from her father who was the Technical Director at Tuacahn for 15 years. She is incredibly grateful for the professional and personal growth that she’s gained from working here for the last seven seasons. She is most proud to have worked on Tuacahn’s productions of The Prince of Egypt, Beauty and the Beast, Newsies, The Hunchback of Notre Dame, as well as several other productions.

CHEYENNE HOLBERT (Hair & Makeup) is originally from Kentucky but has spent her career in a variety of places. Recently, she graduated from CCM with her Masters Degree in Wig and Makeup Design and has served as Assistant Designer at Utah Festival Opera and Music Theatre and Music Theatre Wichita. She is currently serving as Tuacahn’s Wig Master for the 2021 season and is excited to be designing as well.

A.J. SULLIVAN* (Production Stage Manager) is thrilled to return to Tuacahn after having managed the stage for them since 2011. Some Tuacahn favorites include: Disney’s Aladdin (pre-Broadway), Disney’s Mary Poppins, Dreamworks’ Shrek, The Hunchback of Notre Dame and the World Premiere of Disney’s When You Wish. AJ has toured the world with many different productions including The Radio City Christmas Spectacular starring The Rockettes (11 seasons), Irving Berlin’s White Christmas (3 seasons), Madison Square Garden’s The Wizard of Oz starring Mickey Rooney and Eartha Kitt (2 seasons), Green Day’s American Idiot, Legally Blonde, The Diary of Anne Frank and many others. Broadway credits include: Annie: 20th Anniversary, Legally Blonde, MSG’s The Wizard of Oz. Film and Television credits: Mad Men, 21, Sex and the City, Business of Strangers (w/Stockard Channing), The Tonight Show with Jay Leno, Ed and many others. Locally, AJ has directed Charley’s Aunt (SGMT) and Les Misérables School Edition. AJ thanks his hard working, ever supportive wife, Shari and his two sons, Jordan and Hudson. For Mom.

HANNAH MORRIS* (Assistant Stage Manager) is excited for her third season at Tuacahn! Previous credits include The Prince of Egypt (Tuacahn), Hamlet (The Repertory Theatre of St. Louis), The Drowsy Chaperone (Bigfork Summer Playhouse), and many more. She would like to thank her lovely family and friends for all their support, especially this past year.

CHLOE GROTHEER (Stage Management P.A.) is excited to be able to work with the Tuacahn Center for the Arts team for this show. Born and raised in Savannah, GA but recently hailing from St. Louis, this is her second production since the Covid-19 shutdown last March. Some of Chloe’s favorite productions she has worked on include: The Wolves, Fahrenheit 451, Man of La Mancha, and Lifespan of a Fact.

KEVIN SMITH (CEO & Executive Producer) has been with Tuacahn for over 20 years. He has produced or co-produced more than 50 professional Broadway musical productions, as part of Tuacahn’s Broadway in the Canyon theater series, and has presented more than 500 major professional concerts and events. Kevin has a BS in Sociology with a minor in Business Management from Brigham Young University and a Master of Education Degree from Southern Utah University. He serves on the Greater Zion Tourism Advisory Board and on the Zions Bank Regional Advisory Board. Kevin and his late wife, Rebecca, are blessed to have four children, two daughters-in-law and a precious granddaughter.

SHARI JORDAN (Asst. Artistic Producer/Casting Coordinator) from Raleigh, NC, began her professional career as an actor in the National Tour of Crazy for You (Tess). She has since performed from NYC to LA. Shari began at Tuacahn in 2010 as dance captain for Crazy for You. She has performed at Tuacahn for the nine seasons and been the dance captain for 17 shows. Tuacahn audiences may remember Shari as Rosie in Mama Mia!, the Mother in the World Premier of Disney’s When You Wish, Mama Bear in Shrek, and Madame in The Hunchback of Notre Dame. Shari performed the role of Ulla and every other female role in Mel Brooks’ The Producers on the Broadway National Tour as well as the Las Vegas production with Tony Danza and David Hasselhoff. Shari was an assistant choreographer to five time Tony Award winner Susan Stroman for the historic Hollywood Bowl’s production of The Producers and performed the role of Shirley Markowitz. She is also in the film of The Producers. Shari was a Radio City Rockette for six seasons and a national champion baton twirler. Director/Choreographer/Assistant credits include The Stage Door, Hollywood Bowl, University of Michigan, Pittsburgh CLO, North Shore Music Theatre, North Carolina Theatre and TNT’s Emmy winning AFI’s Tribute to Mel Brooks in which Shari had a featured role. She is a Magna Cum Laude graduate of N.C. State University. Shari produced her first season in 2019 and since the world turned upside down, she has been tirelessly working to bring professional theatre back to the stage. Her tenacity stemmed from the strong desire to put artists back to work and bring joy to the audience in a way that can only be found watching a live performance. Theatre is a noble profession! Love to Mom, Dad and my boys, AJ, Jordan and Hudson!

DUSTIN GIBSON (Technical Director) is proud to return to Tuacahn as the acting Technical Director. He has spent the last two years serving as the Assistant Technical Director under the direction of long time Tuacahn pillar, Wes Hamblin, and is honored to accept the passing of the torch for the season’s A Christmas Story. Gibson has been instrumental in the technical development of other notable works at Tuacahn including Disney’s Beauty and the Beast, Million Dollar Quartet, and A Gentleman’s Guide to Love and Murder.

ZOE BAIRD (Company Manager) from London, England is thrilled to be at Tuacahn for her sixth season. Graduating with a degree in Drama and Theater Studies from Royal Holloway, University of London she has followed her theatrical nose out to St George, UT! Zoe has worked for the Ambassador Theater Group in the West End, alongside being an Event’s Manager across London. Some of her favorite credits to date are: Fat Pig, The Brit Awards, The London 2012 Olympic Opening Ceremony, The What’s On Stage Awards, Tuacahn: Tarzan, The Hunchback of Notre Dame, Newsies, Matilda, The Prince of Egypt, Fairytale Christmas and ELF. Zoe is so grateful to be healthy and working in the year 2021, and is especially grateful for the wonderful Tuacahn Team for entrusting her. Special thanks go to her amazing family for believing in her and supporting her as though they aren’t 5000 miles away and to Jaxon for being her home away from home.

ACTORS’ EQUITY ASSOCIATION (AEA), founded in 1913, represents more than 45,000 actors and stage managers in the United States. Equity seeks to advance, promote and foster the art of live theatre as an essential component of our society. Equity negotiates wages and working conditions, providing a wide range of benefits, including health and pension plans. AEA is a member of the AFL-CIO, and is affiliated with FIA, an international organization of performing arts unions. The Equity emblem is our mark of excellence. www.actorsequity.org

*Indicates a member of Actors’ Equity Association, the union of professional actors and stage managers in the United States 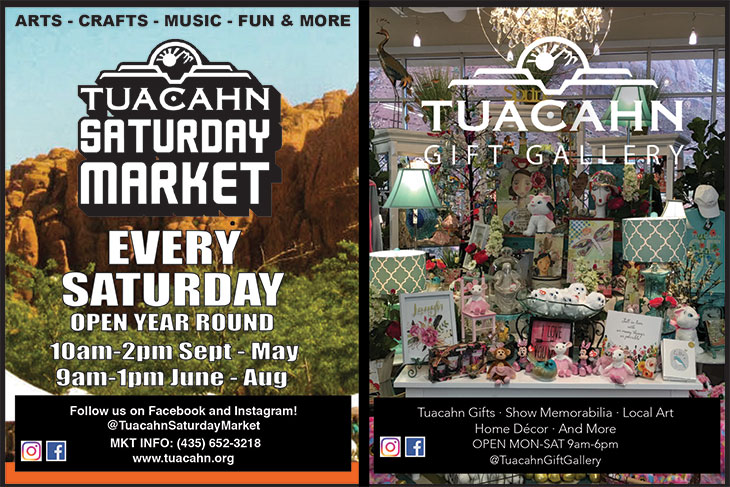 Who’s Who in the Cast